MY NAME IS KARA AND I HAD A MISCARRIAGE

In most healthy women the average is about a 15-20% chance [of having a miscarriage].
–AmericanPregnancy.org

Where are all these women?

About 15-20% of pregnancies end in miscarriage.  That’s roughly one out of every five pregnancies.  Now think about all the women you have know who had successful pregnancies and compare that to how many women you know had a miscarriage.  Chances are your count doesn’t measure up to one out of five.  Mine was more like three out of two hundred and fifty.  So I began to think, where are all these women?  Why are miscarriages so secretive? Are we ashamed to share our experiences?  I didn’t really have the answers until I had a miscarriage of my own.
The initial news and process of a miscarriage are emotionally exasperating.  You don’t want the whole world to know because you don’t want the whole world feeling like they need to console you.  You don’t want to have to talk about it more than you already are.  The experience is immensely private and to make it public is not appealing to most people.
Once you share that you have had a miscarriage, other women and families slowly come forth and reveal “I had two of my own” or “My sister has had three.”  Slowly, the statistics begin to prove themselves true.  I now understand that women don’t share their miscarriages because they are ashamed (there is nothing to be ashamed about), but because it’s not generally a socially acceptable thing.  You aren’t supposed to let people know that you had a miscarriage. For some strange reason, talking about miscarriages in public has become taboo.
Well, I’ve never been one for social norms.  Having this miscarriage has been really hard, but I don’t think that locking this experience away is going to help me with much.  The biggest part of me getting through this was my heaven-sent friend who had gone through the same thing.
I want other women to know that you are not alone.  Your sorrow is felt, your pain is understood, and you loss is shared, not just by the millions of women who have undergone the same experience throughout history, but by a loving Savior, who, through His atonement, has cried your tears, endured your grief, and seeks to comfort you still.
I bear my testimony that God lives.  That Jesus Christ is our Savior and Redeemer.  That if you are going through a miscarriage or have gone through one, you do not suffer alone.  That your cries do not remain silent.  That your prayers do not go unheard.  That your sorrows will not go uncomforted.  Seek Christ. Know that you are loved, that you will be happy again. And maybe one day, you will be the answer to another woman’s prayer by being brave and sharing your experience with her.
To my friend, you know who you are, I am forever grateful to you.

When someone you know is experiencing a miscarriage:

Thanks for listening to me.
Sincerely,
Kara

In case you missed it… 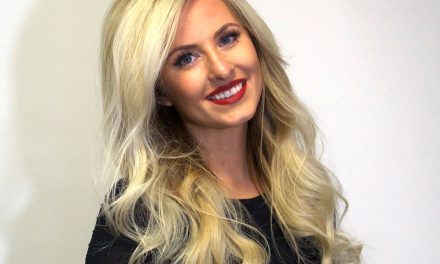