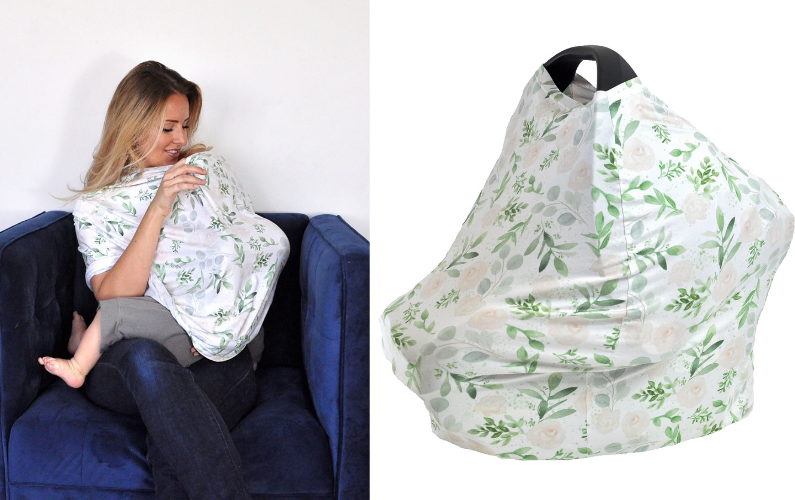 Ever unintentionally flashed people while you tried to nurse???‍♀️???‍♀️?

Nursing is risky business. Well, that is, if you’re the kind that likes to keep yourself covered. Those of you who just go for it—power to ya, wish I was brave like you. ??

After I bought a nursing cover like the one above, I felt a new sense of freedom. 360 degree coverage meant no more flaunting of the milk jugs (if you catch my drift). I told my husband that I just wished it was a little bit longer so it would cover my backside while sitting (say no to crack), and just a little bit softer so it’d be a good swaddle blanket too.
That’s when he said, “If you want that, other people probably do too. You should produce and sell that.”

Several samples and patterns later, with some help from Etsy and Alibaba, I’m proud to say they are available on Amazon!! ??? It’s $18 on Amazon, and free shipping with Amazon Prime??‍♀️.
It comes with a matching storage bag as well. I want to be very clear that I didn’t actually sew these myself, originally that was the plan, but it just would have been too much of a time constraint on my family time and it also didn’t make sense financially.

I posted about these on Instagram a while back, but totally spaced it on putting them on the blog!  Let me know if you have any questions about them! I hope you love them as much as I do!